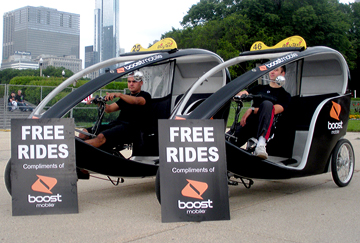 One great way to reach audiences at large events is with mobile out of home media – and that’s just what Boost Mobile did at two major events in downtown Chicago this summer, using these cool looking bike taxis. 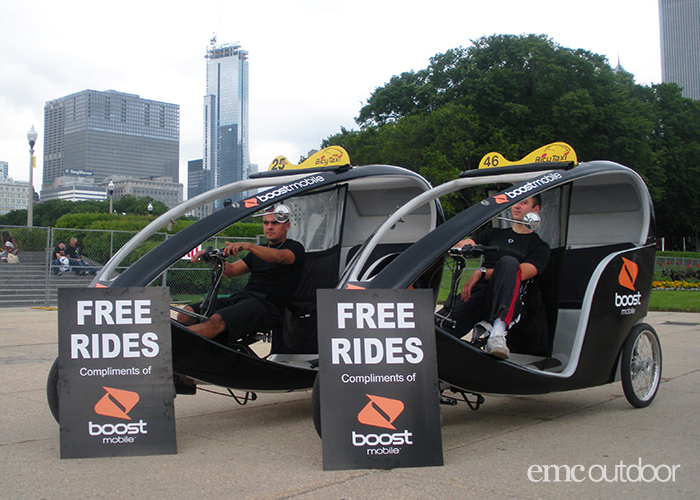 The first event was the famous “Taste of Chicago” festival — the world’s largest food festival — held in downtown Chicago for 10 days, including July 4th weekend. This festival draws millions of attendees every year. 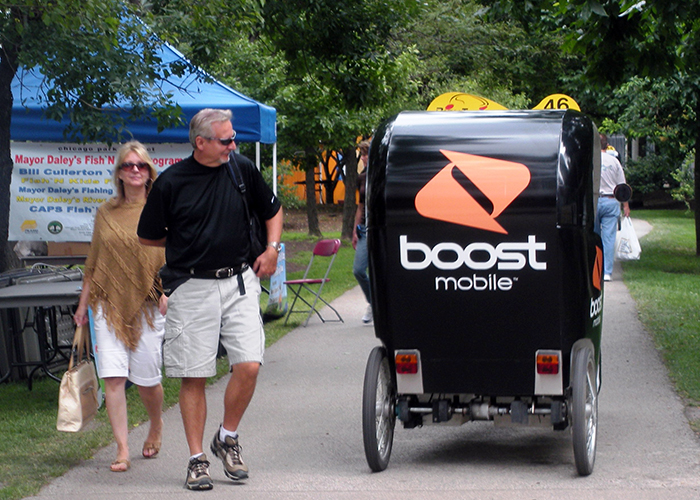 The bikes were strategically placed in key areas around the festival, where they provided complimentary rides to tired attendees. 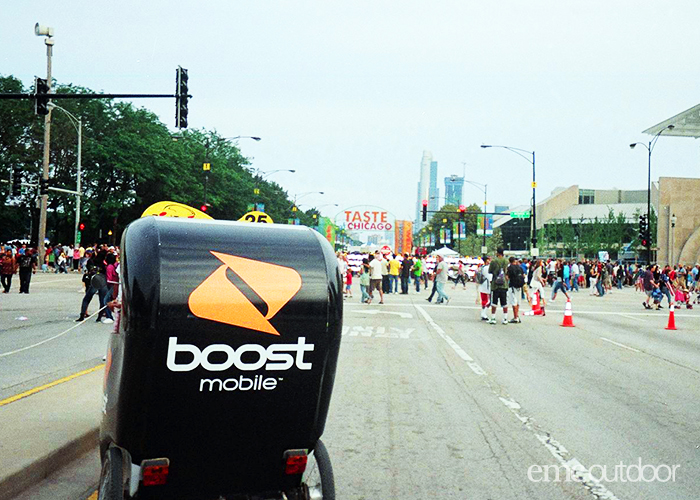 During the ride the drivers were able to distribute promotional literature, and talk to the riders about the benefits of Boost Mobile’s plan. 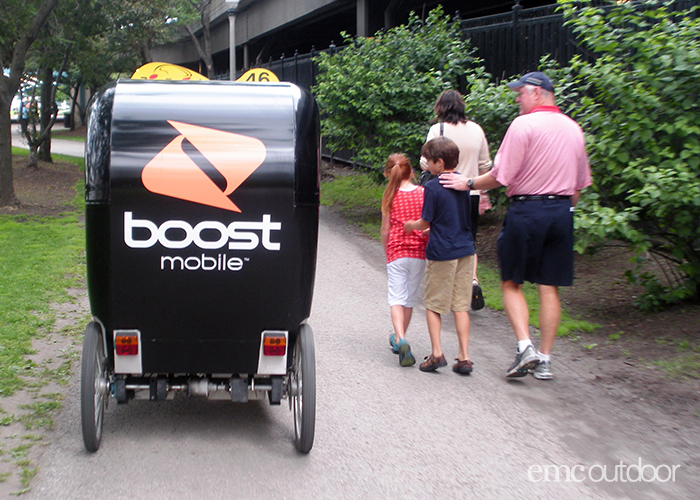 In addition to the passengers, the bikes were also seen by the huge crowds as they moved around the festival area. 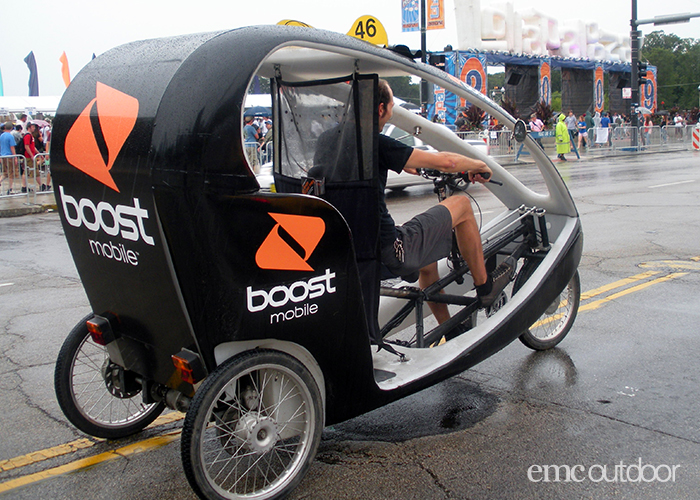 A few weeks later the bikes repeated their great performance as the Lollapalooza music festival rolled into town. 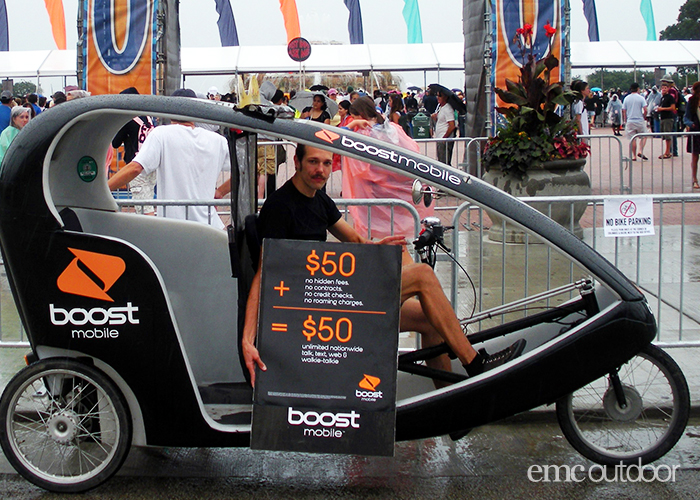 Major events like the Taste of Chicago and Lollapalooza are great opportunities to reach large numbers of people in a very short time. At EMC we specialize in the full palette of Event, Traditional and Guerrilla OOH media to reach your audience no matter where they are.