Luckily for TiVo out of home advertising can’t be TiVo’d! 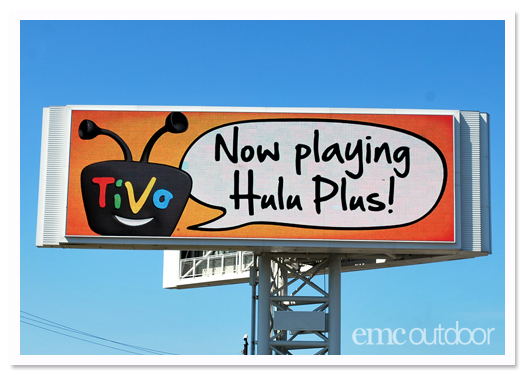 When TiVo wanted to announce all the new features of their service, the brand and their agency turned to EMC for an OOH campaign that would cover San Francisco. The result was a multi-media campaign designed to reach their audience at multiple key points throughout the market. 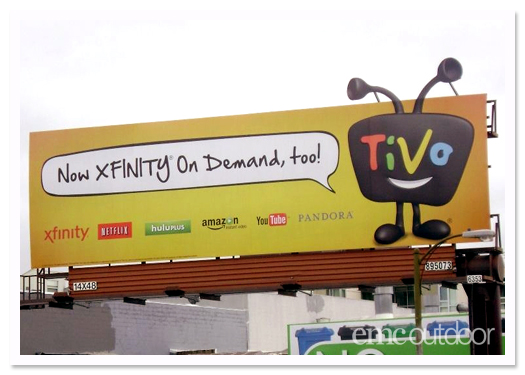 Bulletins — both static and digital — and wallscapes were strategically selected to act as anchors for the program at key locations around the city.  Rail posters and backlit dioramas also helped put the message in front of commuters on a repeated and daily basis. 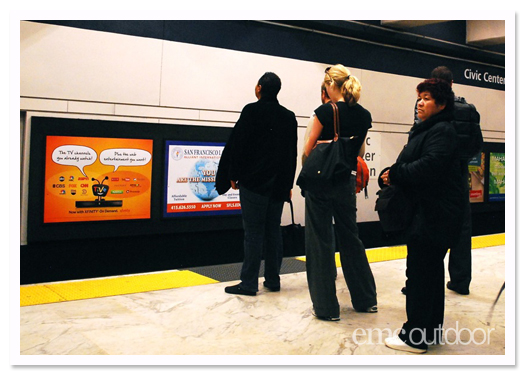 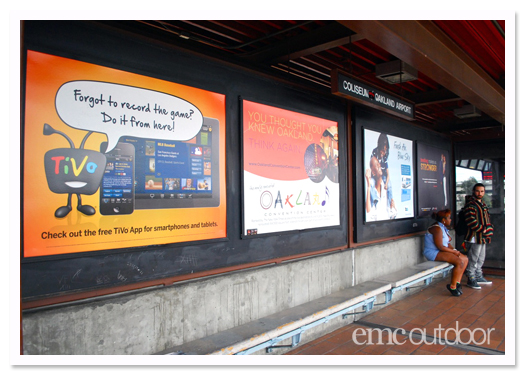 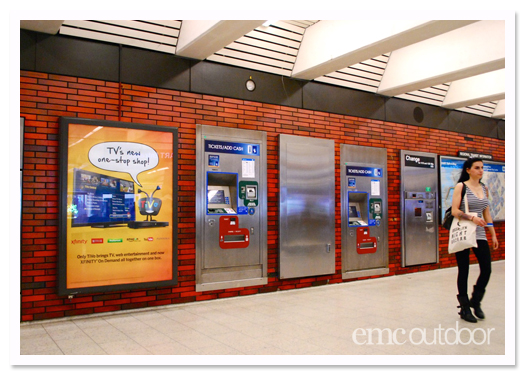 Bus kings added a mobile component that would be seen throughout the market, particularly in key retail & commercial corridors both downtown and in the suburbs. 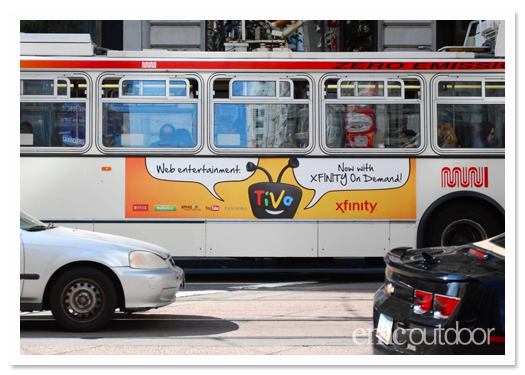 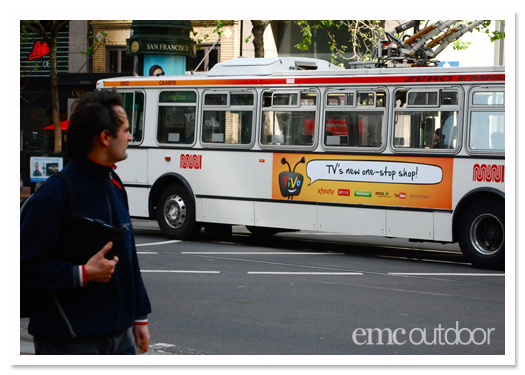 The campaign was made even stronger by using a number of variations on their basic creative theme. From the strategy and planning stages, through research, negotiation and execution, EMC was an integral part of the process for TiVo and their agency to simplify the OOH portion of the campaign, and handle all the details — including production and tracking of 20 different creatives and almost 100 pieces of printed material. 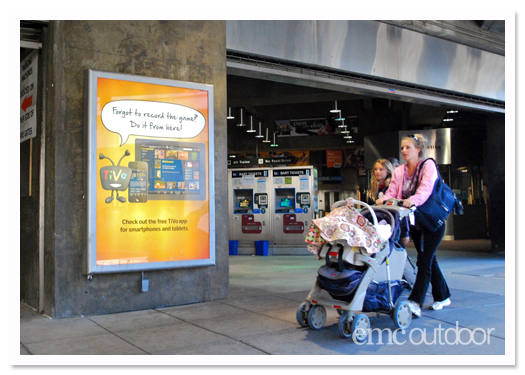 To learn more about how out of home can be used to create a major presence for your brand across a market area contact us.