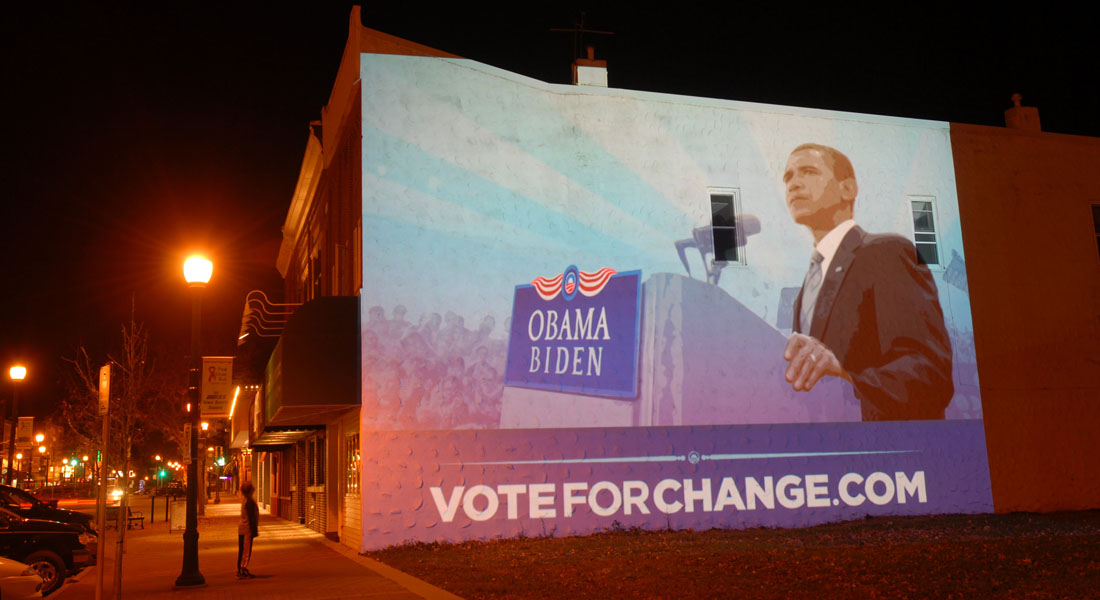 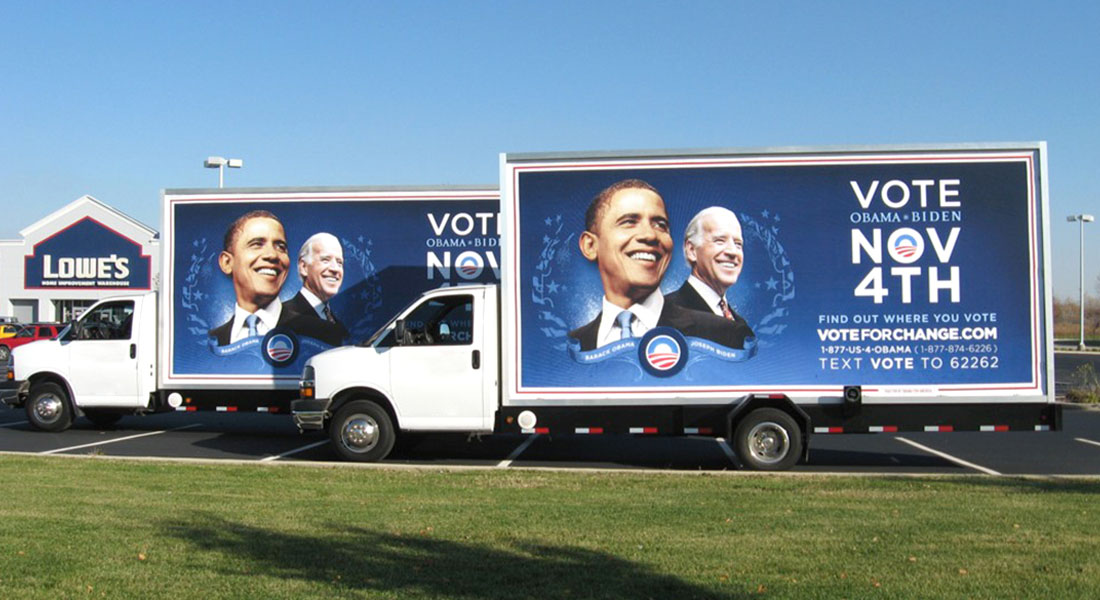 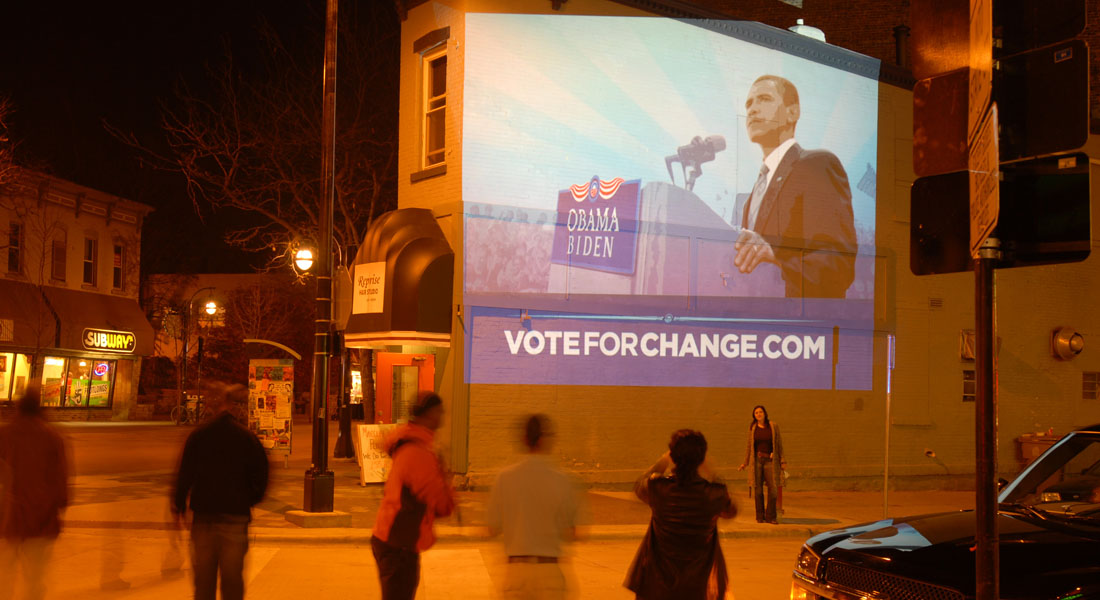 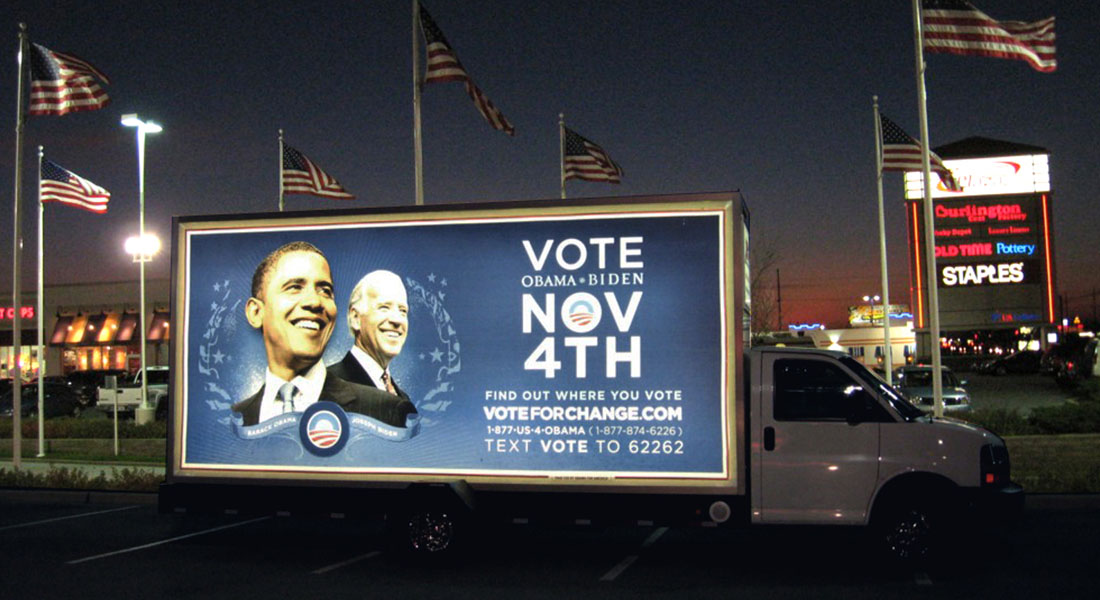 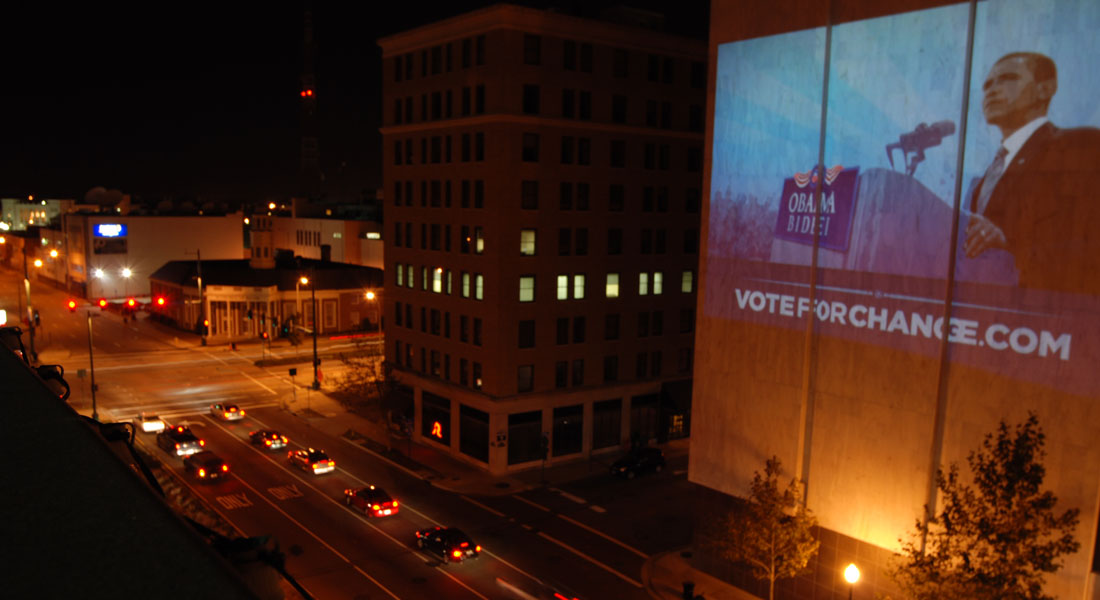 EMC Outdoor was tapped by Obama for America to help with their final message push to get voters to the polls in key battleground states. Obama’s marketing team turned to the out-of-home palette at crunch time —recognizing that outdoor advertising offers some of the best ways to take a message to the streets of America, and quick!

Contacted at the 11th hour leading up to election day, our team worked tirelessly with Obama for America from late October thru election night to organize their mobile OOH media across 13 must-win states.

Out of the 13 states with a mobile outdoor media message for Obama, 12 were won!

Obama’s team used 50 mobile billboards in 28 cities and 13 states, and the ever-hip mobile projection—capable of displaying a very cool video from wall to wall throughout crucial, crowded urban areas.

EMC choreographed the driving of 52 vehicles over 28 cities in 7 days via non-stop email, text and cell phone contact with this savvy political campaign. Weekends, early mornings and middle of the night were the extra hours needed to make so many vehicles fly on time. Up to the task, we were there to provide on-the-fly changes, updates, status reports, overtime and critical execution oversight. 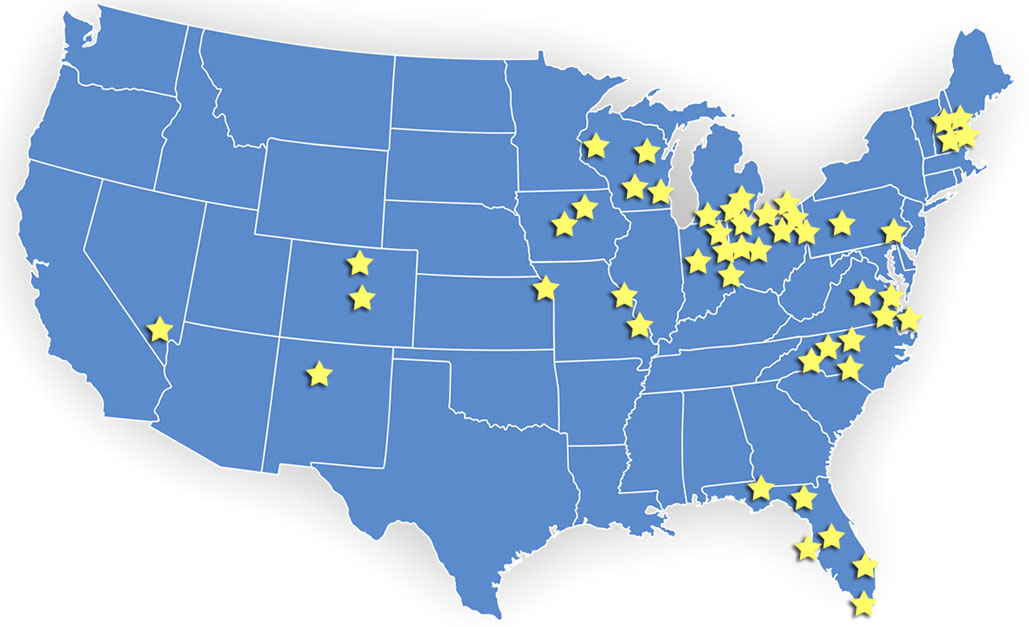