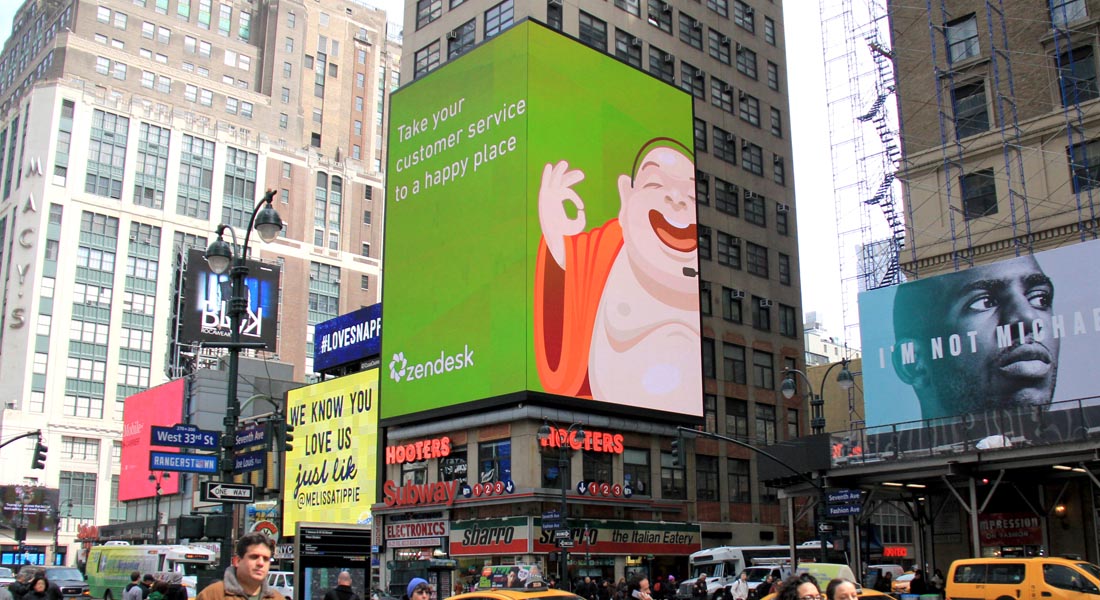 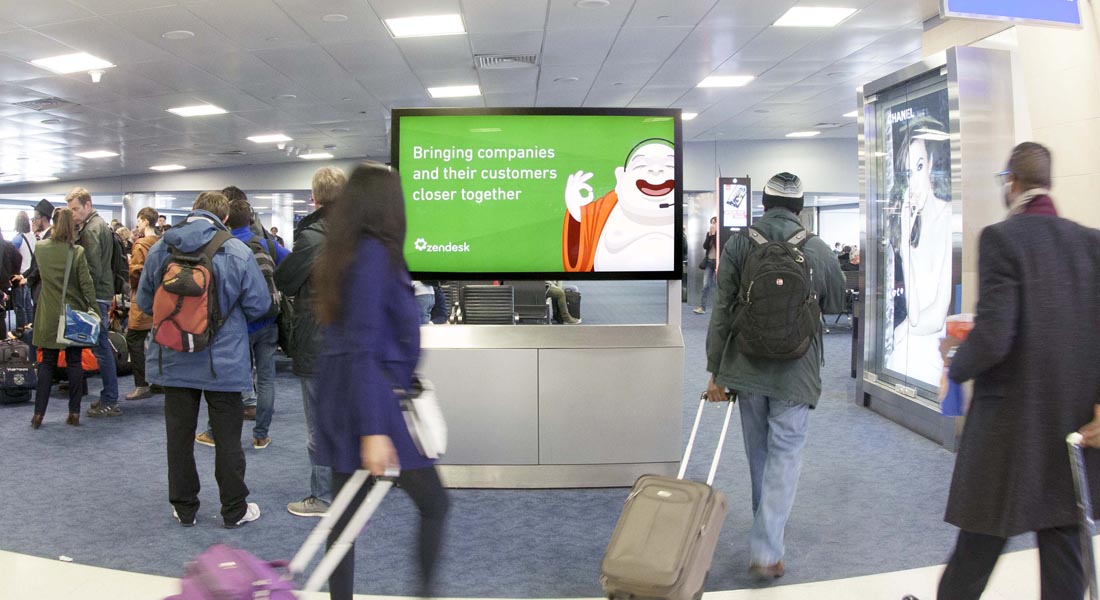 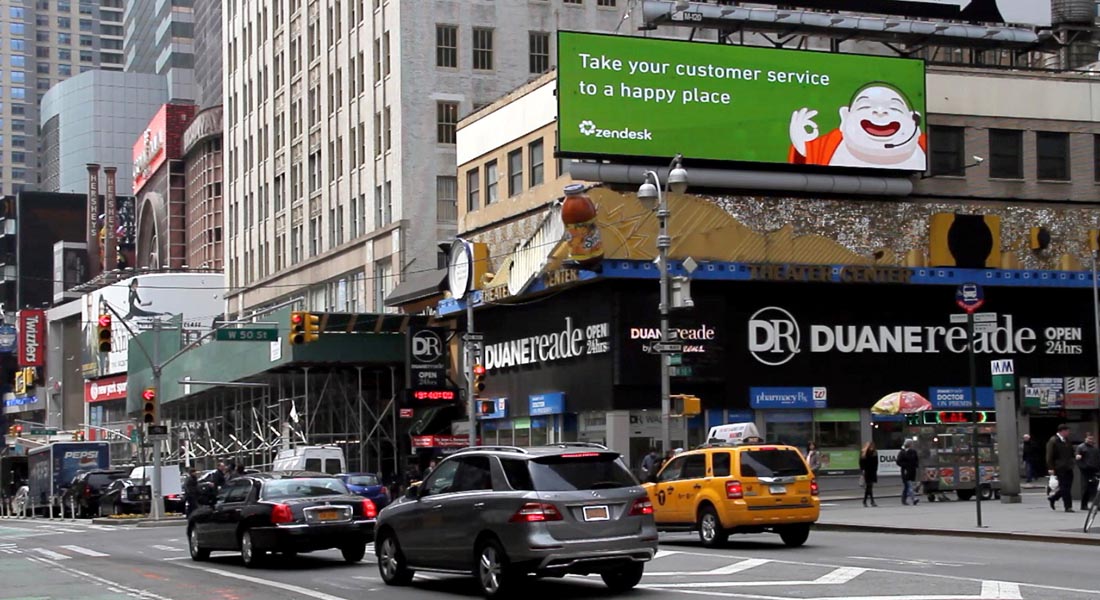 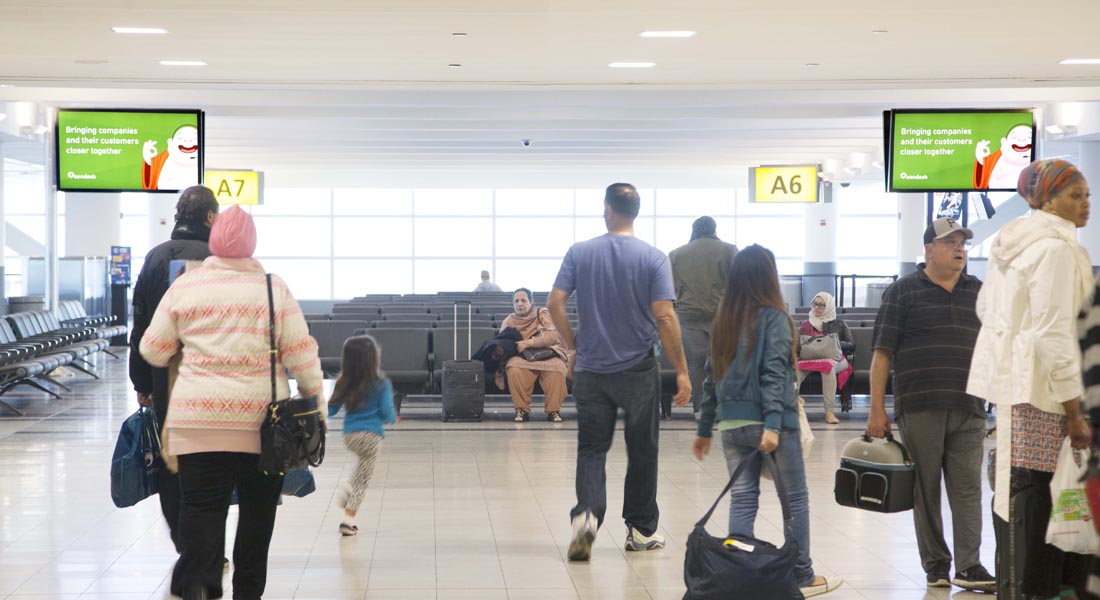 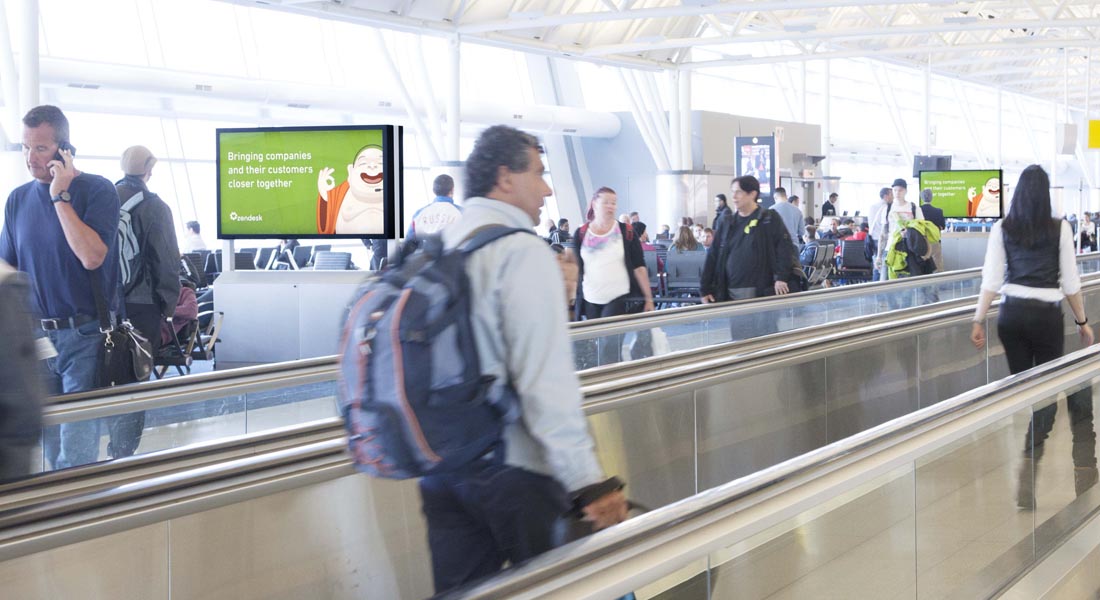 Activating a Digital Out of Home campaign in 5 Days

When ZenDesk needed to get their message out and around the New York City metro area quickly and seamlessly in less than 5 days,they turned to EMC Outdoor for expertise.

STRATEGY: Use a out of home media to raise awareness for ZenDesk in an extremely quick, timely and cost effective manner.

TACTICS: A variety of digital OOH was used, including a large digital billboard in Times Square, digital billboards at many points on New York's important roadways leading in and out of the city and at the two metro airports, JFK and Newark.

RESULTS: ZenDesk was able to maximize their campaign without increasing costs or time, with digitals around strategic spots in New York that featured various creatives.