Hansen's used wrapped vehicles and street teams to creat their own mobile events. 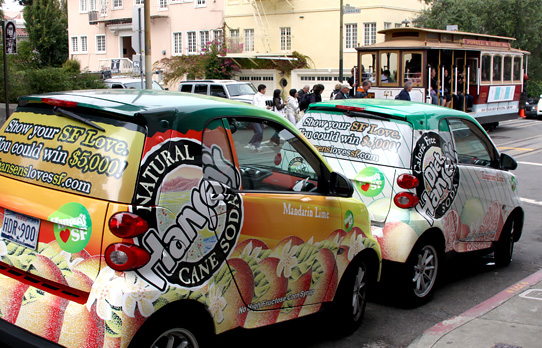 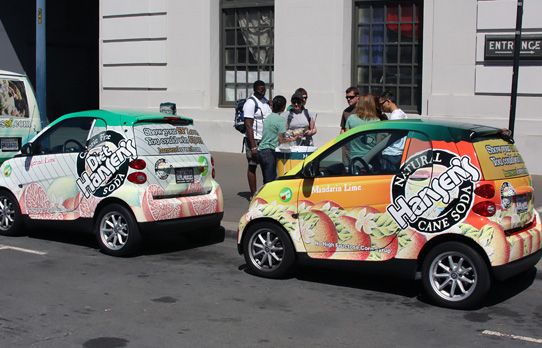 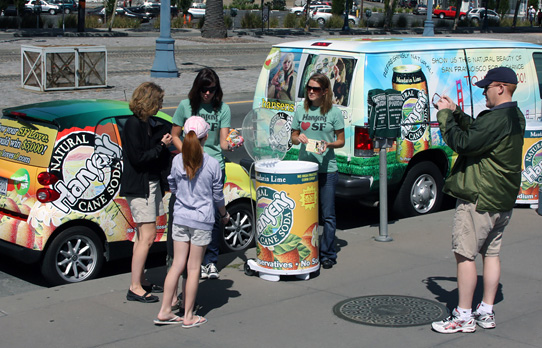 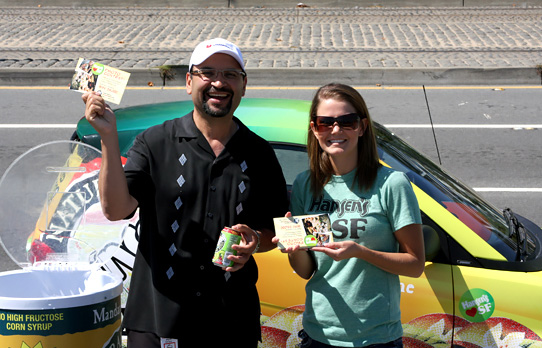 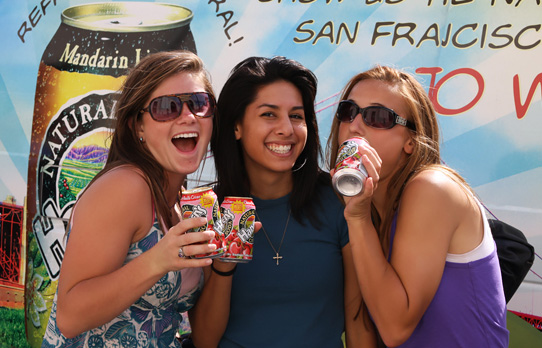 To help promote their "Hansen's Loves San Francisco" Photo Contest, Hansen's Natural Beverages and their agency turned to EMC for some fun and exciting out of home media to make a big splash in the city by the bay.

The answer was this fun mobile street team. The Hansen's team consisted of Brand Ambassadors, driving a pair of wrapped Smart Cars, and a Wrapped Van traveling throughout the San Francisco Bay area to popular and crowded locations where they could stop, set up shop, and start distributing free samples of Hansen's while informing the public about the contest - and even taking pictures for people and uploading them directly to the contest.

STRATEGY: Use out of home media to drive traffic to Hansen's online photo contest.

TACTICS: The Hansen's team circulated throughout the San Francisco area, focusing on heavily trafficked areas like Giants games, Union Square, Fishermans Wharf and others. The team would park near the crowds, and quickly deploy branded cooler stations to hand our samples, and info about the contest.

RESULTS: During the campaign Hansen's distributed over 16,000 samples, gathered over 1000 Facebook and Twitter followers, and garnered over 2,000,000 online impressions.