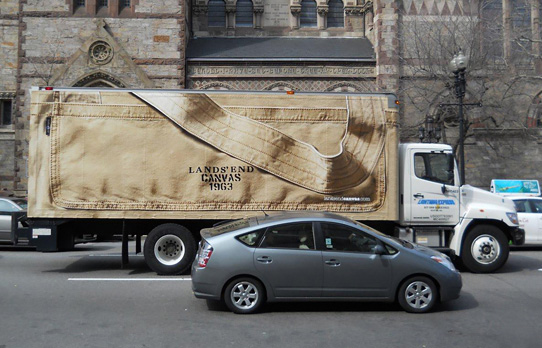 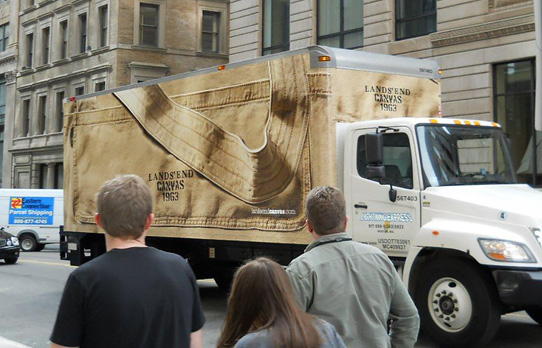 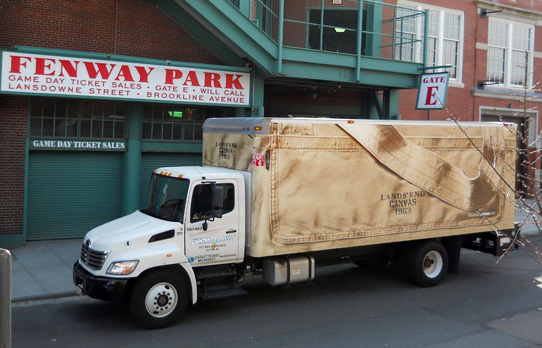 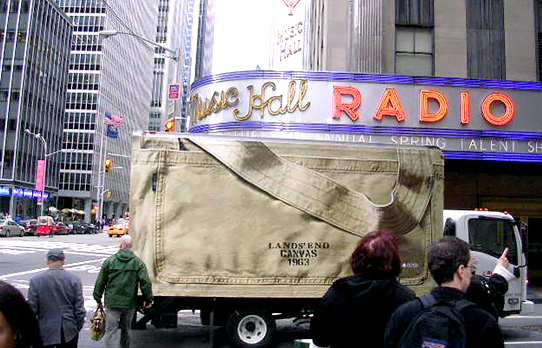 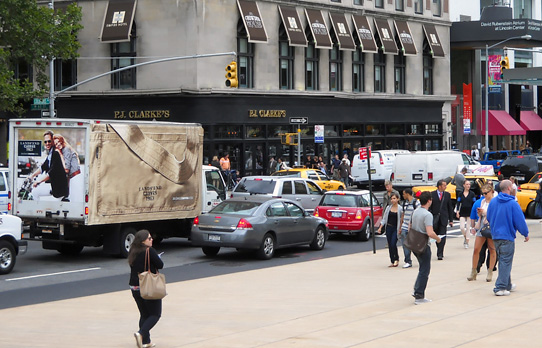 Needing to create street level buzz for the launch of their new "Canvas' line, Lands' End turned to EMC Outdoor for a program that would be true to their brand & style, while uniquely reaching a hip, urban audience in Boston and NYC.

This wrapped truckside campaign gave Lands' End plenty of space for a beautiful and realistic trick of the eye - turning trucks into giant canvas bags roving and dominating city streets!

By using media with regular circulation in busy downtown areas, we made sure Canvas was visible repeatedly - from the sidewalk and the street. One of the most critical elements of this campaign was that the print production meet with Lands' End high expectations - living up to the quality that the clothing brand represents. By working closely with the client's art dept, EMC's production team managed the process every step of the way, making sure the campaign brought Lands' End's vision to life.

STRATEGY: Use a out of home media to raise awareness for the launch of Lands' End's new product line.

TACTICS: Truckside advertising was deployed in New York and Boston, specifically targeting key business and retail areas where Lands' End's target audience of hip, young, professionals would be concentrated. The trucks delivery routes through these areas meant that their eye-catching oversized creative would be spread out across the entire target area.

RESULTS: Canvas was launched with head-turning effect in both markets, bringing the look and of Canvas to street-level.