MetroPCS used interactive digital vehicles to do some serious gaming with consumers across the country. 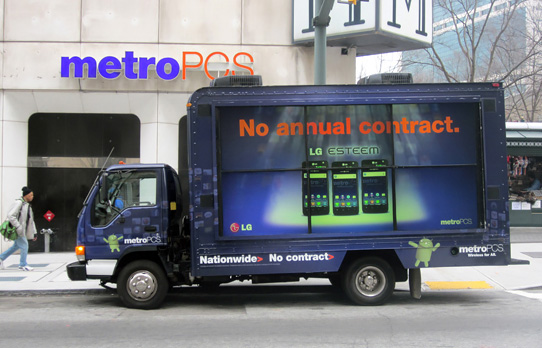 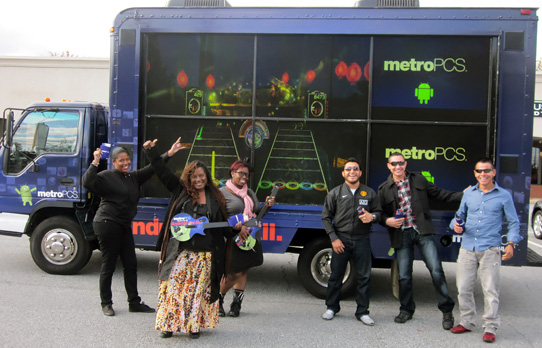 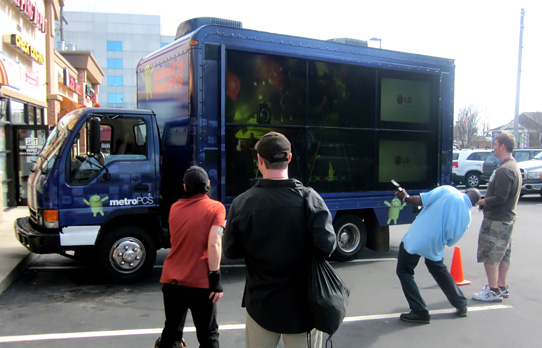 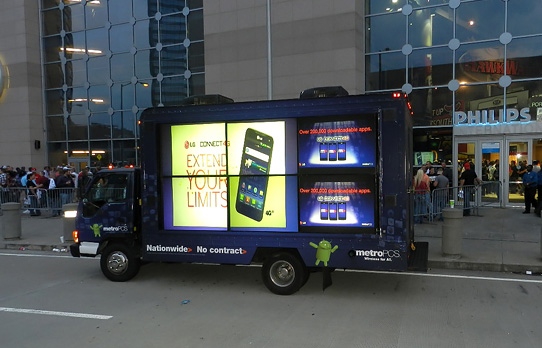 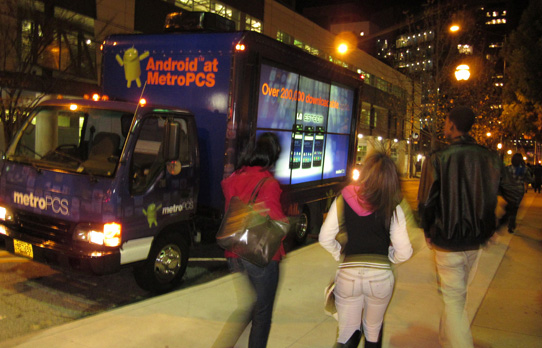 MetroPCS used mobile, digital out of home to engage with consumers across the Atlanta market.

They used this cool digital display vehicle as both a branding tool, and a way to interact with customers in a fun and memorable way. The vehicle was set up to allow consumers to play Guitar Hero on the big screens, which gave brand ambassadors time to hand out promotional items and deliver key messaging. The site of others playing on the huge screens proved very enticing to consumers who were drawn to the vehicle, and lined up to play.

TACTICS: The video display vehicle was routed to MetroPCS dealers and special events across the Atlanta area where they would be stationed in highly visible locations near the store or event. Consumers were drawn to the vehicle by the opportunity to play Guitar Hero on the big screens. While they were playing brand ambassadors or MetroPCS personnel were able to engage directly with consumers for an extended period of time.

RESULTS: This campaign was so popular with consumers that it was expanded from its initial 2 weeks to run for over a year, and then taken to numerous additional markets around the country.