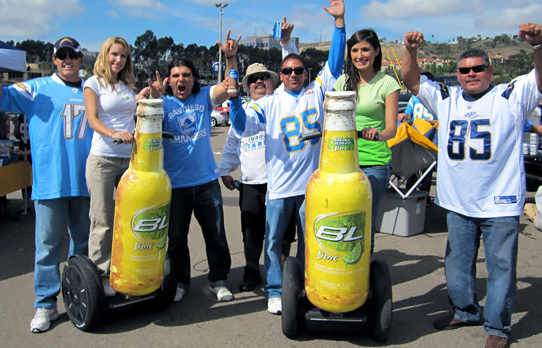 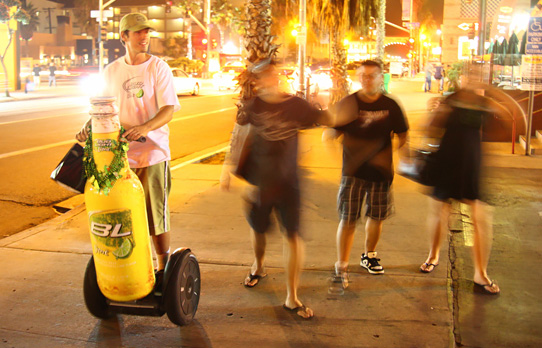 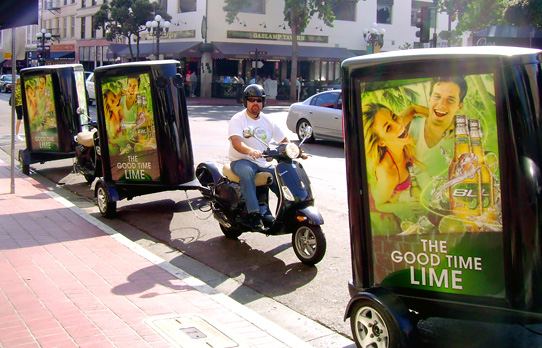 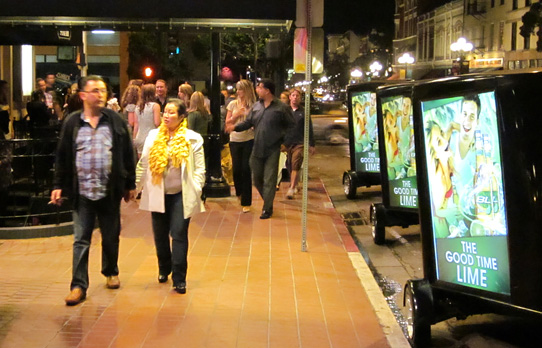 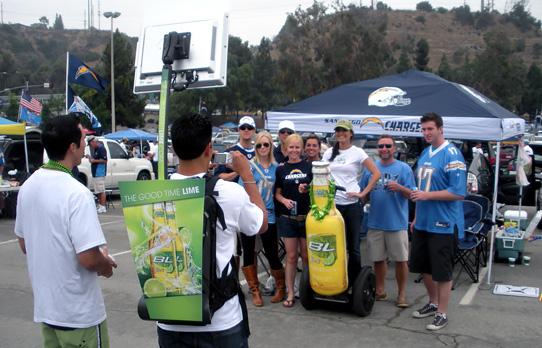 Bud's first point of contact was our team of branded scooters placed at the entrances to the stadium complex ensuring that virtually every fan would see them on their way to the game. Once in the parking lots, fans were engaged by a team of custom made 3D Segways, designed to look like huge bottles of Bud Light Lime!

These prototyped Segways were a huge hit with fans, and attracted crowds wherever they went. The brand ambassadors distributed branded beads and keychain/bottle openers. The segways also provided a focal point for our Picture Team to take pictures of the fans. The final component of the campaign was a Picture Team, wearing backpack computers with overhead screens. The team could engage with fans and take their picture. Photos immediately displayed on the screen, and were then posted to Facebook where fans could retrieve them.

STRATEGY: Use out of home media to raise awareness of Bud Light Lime around the San Diego market in general, and around San Diego Chargers games in particular.

RESULTS: In addition to the general impressions throughout the market, and at Chargers games, Bud Light Lime was able to engage thousands of consumers in social media.