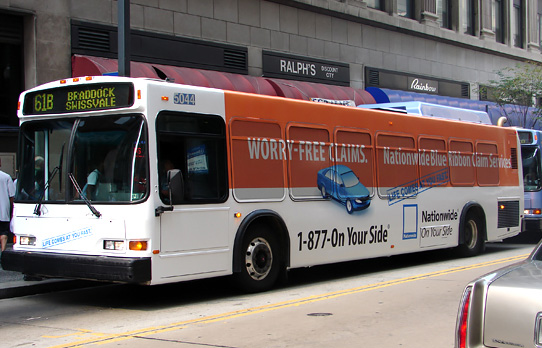 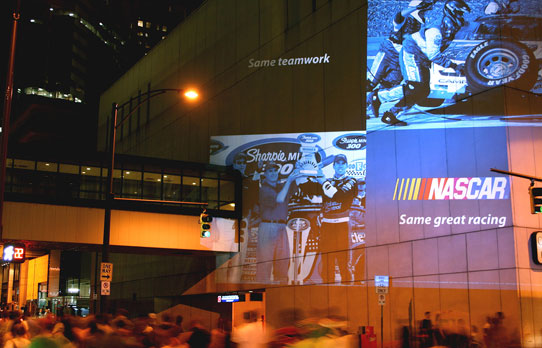 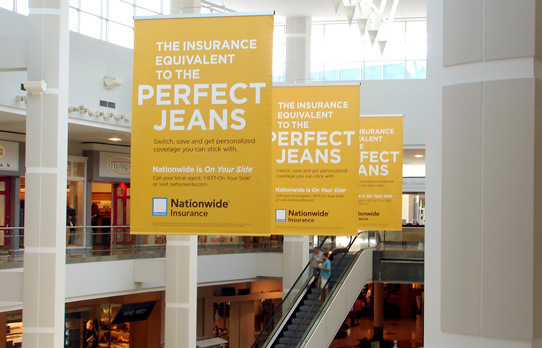 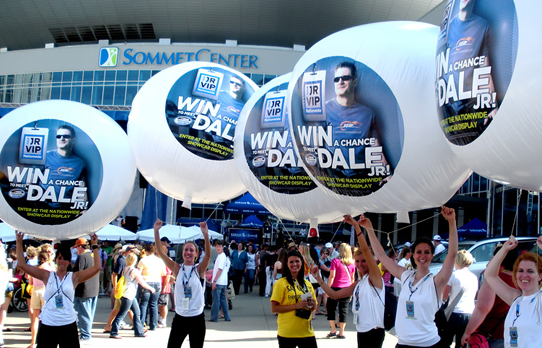 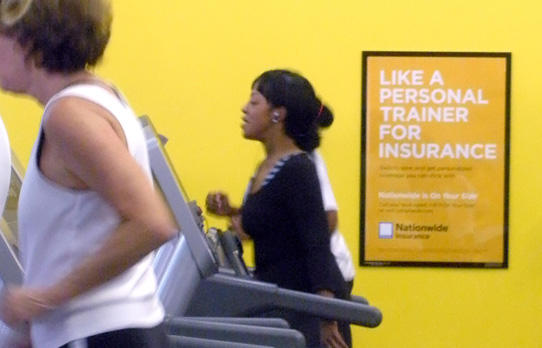 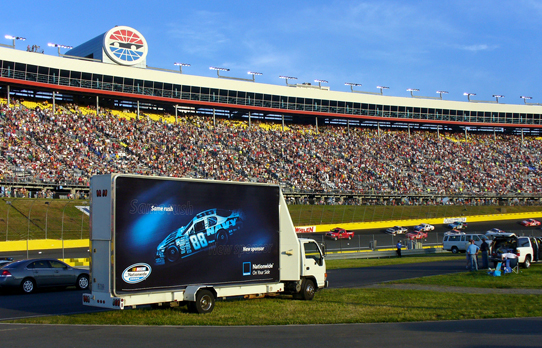 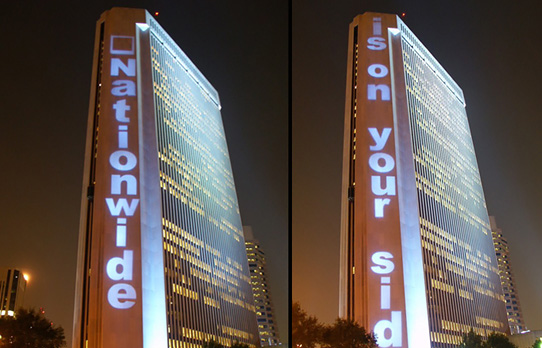 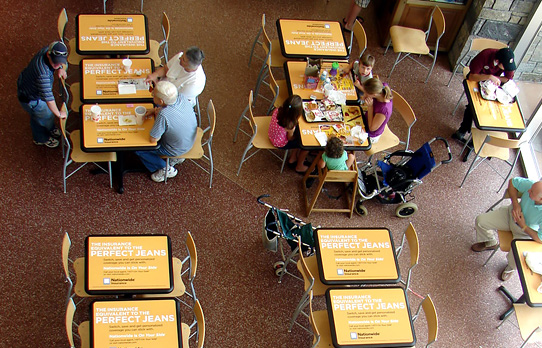 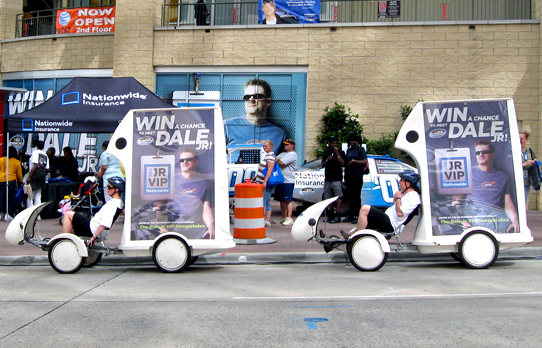 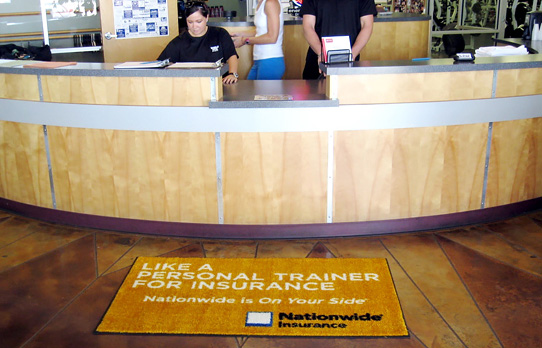 Nationwide Insurance tapped into the full palette of outdoor advertising media to reach consumers around the country.

Beginning in 2004 with the launch of their “Life Comes At You Fast” campaign EMC Outdoor helped Nationwide and their agency conduct a variety of large scale national branding campaigns.

For the launch event itself we helped create a spectacular first-ever 30-story building illumination that lit up the Nationwide headquarters in Columbus, OH. There was also a national campaign of award-winning airport dioramas that featured ground breaking lenticular technology for the displays.

This coincided with a national campaign of bus wraps in key markets. The bus wrap campaign would continue to grow over the next five years to include over 90 buses in 30 markets.

As the program grew over the years, it came to include a wide variety of out of home—including traditional media like billboards, posters, and commuter rail, lifestyle media like mall dominations, fitness clubs and gas station advertising.

Taken as a whole, Nationwides campaigns epitomized our slogan, using "every media under the sun"

STRATEGY: Reach consumers in key markets with out of home media, starting with the launch of the “Life Comes At You Fast” OOH campaign.

TACTICS: Nationwide tapped into the full palette of out of home media with OOH strategy based on each market and target demographic.

RESULTS: The program continued to grow over 5 years, and included an ever wider range of media – a true testament to the power of outdoor advertising.