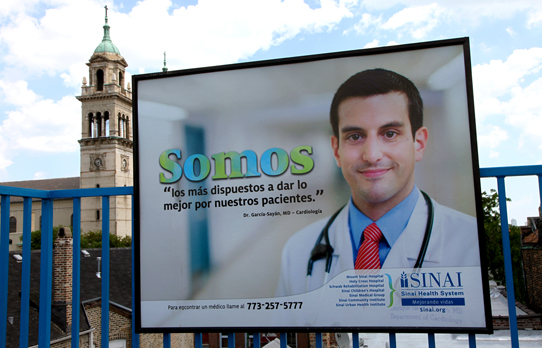 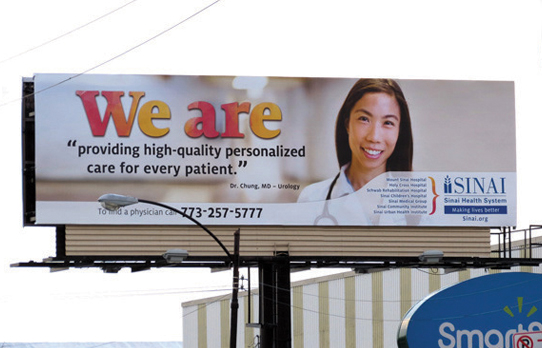 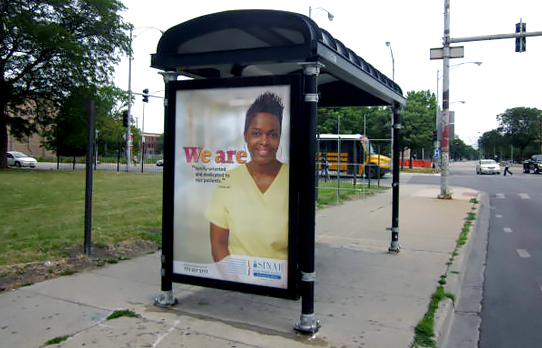 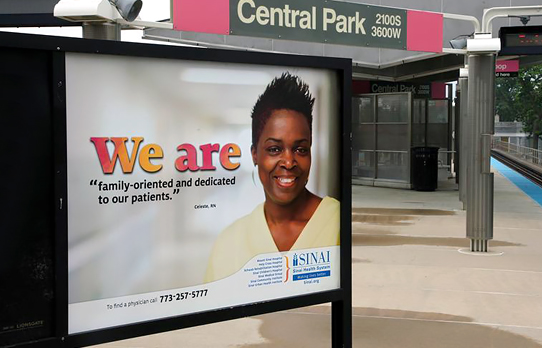 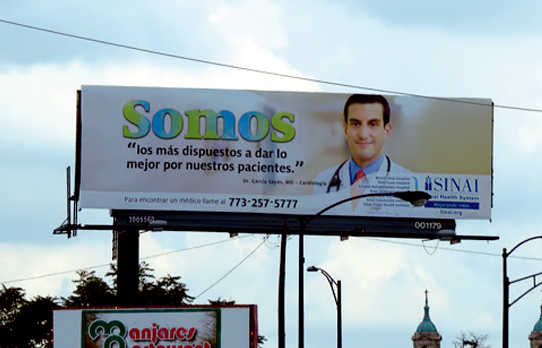 When Mt Sinai Hospital needed to raise awareness in Chicago, they and their agency turned to EMC to plan and execute a market-wide out of home campaign that would reach their target audience.

Out of home media excels at reaching an audience at multiple touchpoints during their daily life. With strategic media choices, advertisers can selectively target their audience and use multiple media formats to intercept them at various locations.

The campaign was also strengthened by using variations on the same creative theme, and a diverse group of featured doctors acting as the “face” of the brand.

STRATEGY: Use a variety of different out of home media to raise awareness for the Mount Sinai health system throughout the Chicago area, with a particular emphasis on the Hispanic and African American communities.