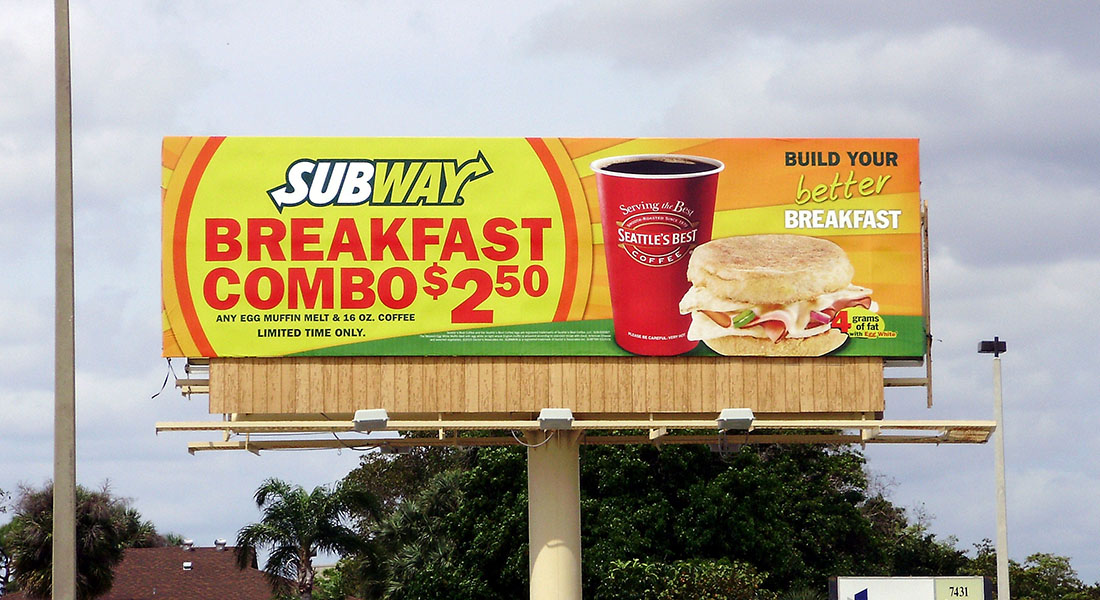 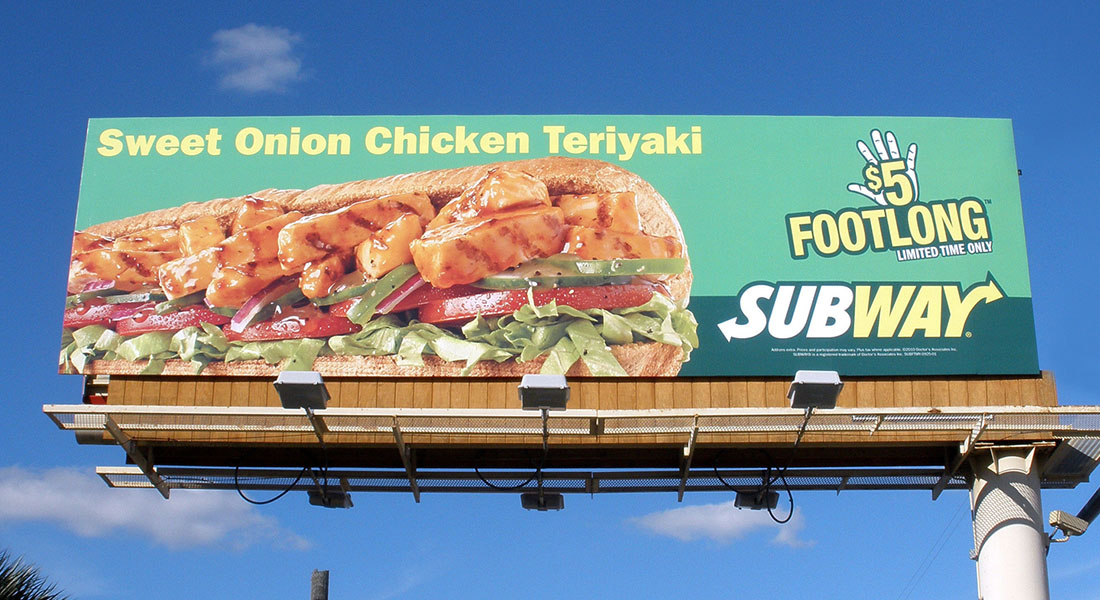 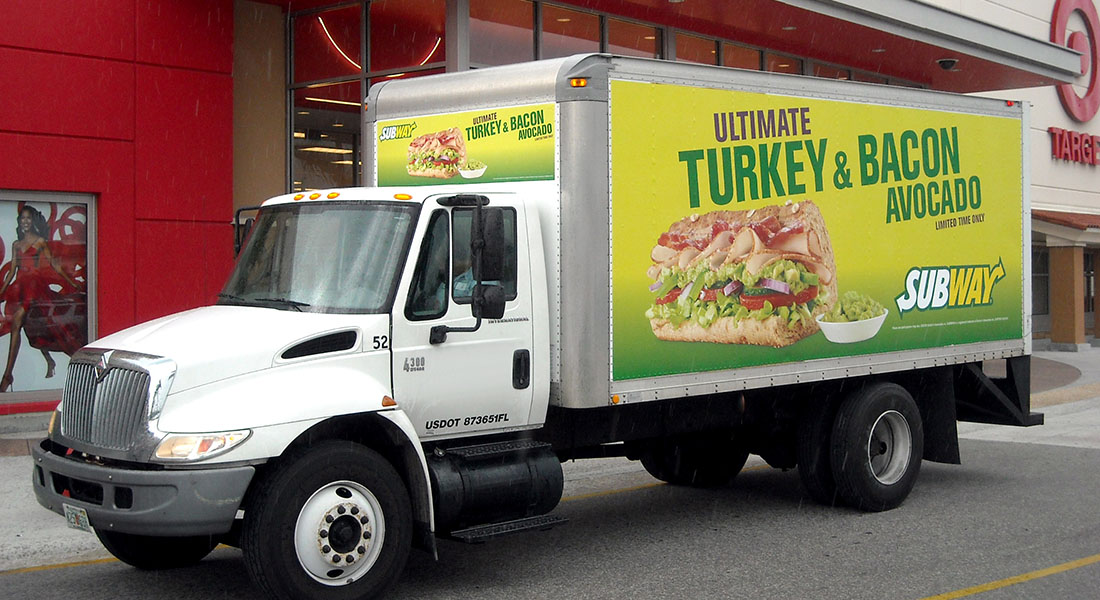 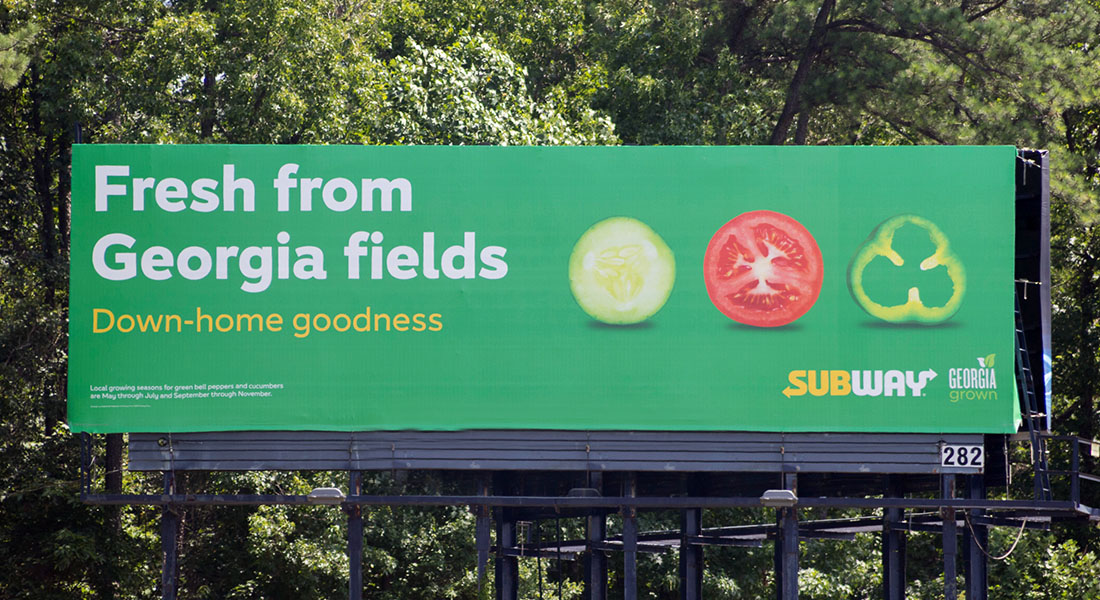 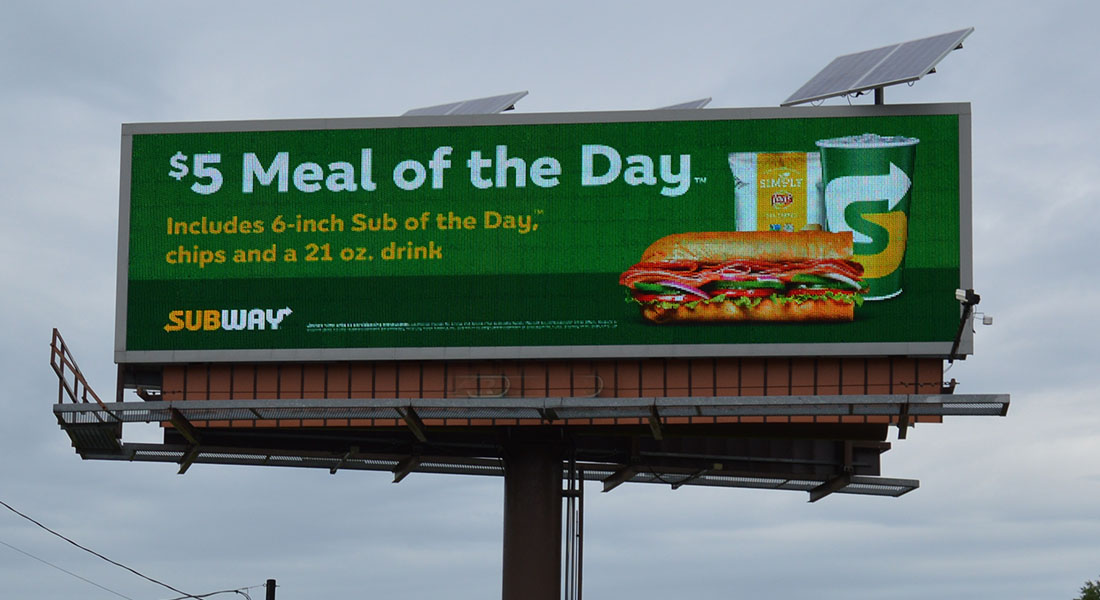 Subway turned to EMC to help craft an outdoor advertising campaign that would help them dominate key southeastern markets.

The menu included billboard locations that would anchor the campaign and provide high visibility at key traffic points. Truckside advertising carried their message onto surface streets in and around areas where people shop and go about their daily business. Posters filled out the media choices by blanketing the markets with Subway's message at street level, and in close proximity to store locations.

STRATEGY: Use out of home media to make sure that Subway remained front of mind for consumers across the Atlanta area, and other key markets across the southeast.

TACTICS: A media mix that included both static traditional media like billboards and posters, as well as mobile media like truckside meant that consumers would see Subway's copy in multiple locations and formats across the market. Subway also used frequent copy changes to keep the campaign fresh and to announce new promotional deals.

RESULTS: This program has been so successful at driving traffic it has been renewed for almost 10 years, and expanded into other states and markets.