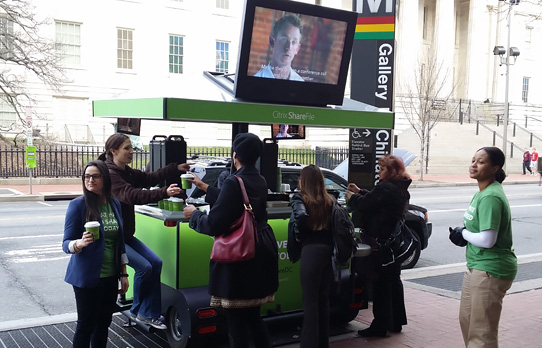 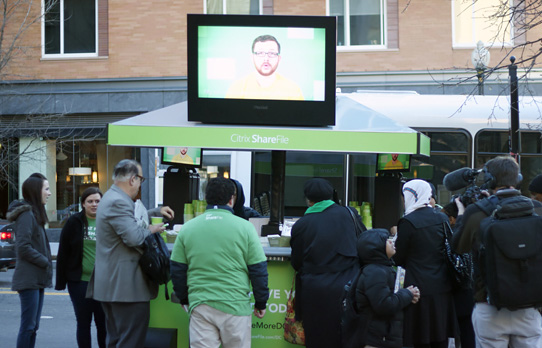 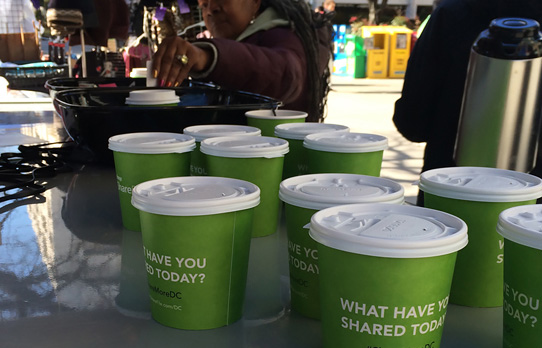 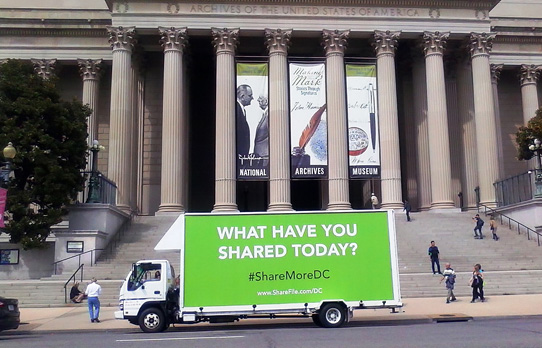 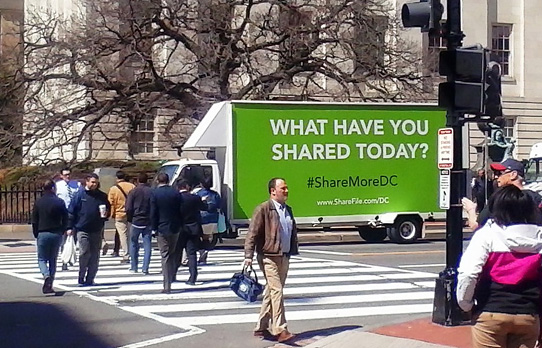 In order to reach business decision makers in Washington DC, Citrix used out of home media to create their own events.

Citrix used mobile, guerrilla media to intercept their target audience at a key choke points—outside key metro stations—with something that was sure to get morning commuters to stop and engage, free coffee!

This customized and interactive branded coffee cart came equipped with digital screens to run video for Citrix, while brand ambassadors were on hand to help serve, and to deliver key messaging for Citrix.

In addition to the coffee cart, a mobile billboard was in the market as well to provide additional branding for the coffee events, and then provide broader market coverage durign the rest of the day.

For social media tie in, Citrix encouraged people to Tweet photos of their ShareFile goodies and coffee mugs with the #ShareMoreDC hashtag for which they made a donation to Byte Back, a local DC non-profit.

TACTICS: The custom coffee cart was placed just outside metro stations near key buiness locations targeted by Citrix. This allowed the team to interact with businesses’ employees on their way to the office, when they would be likely to follow up at their desks, and learn more about the ShareFile platform.

RESULTS: Over the course of just three mornings Citrix was able to distribute thousands of free cups of coffee at high traffic locations near strategically targeted businesses. The coffee cart and mobile billboard also provided branding to consumers who didn't stop for their free java.