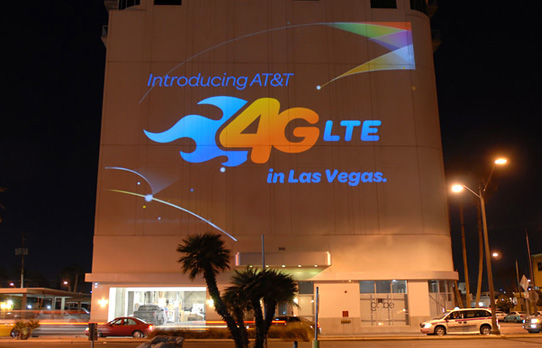 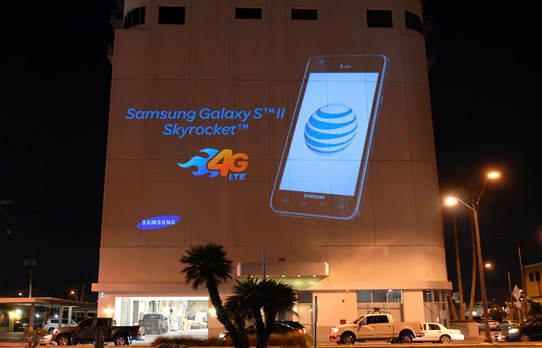 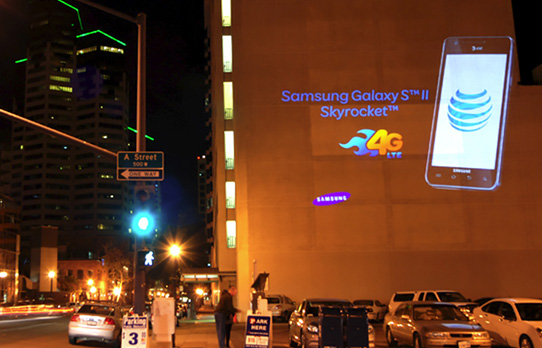 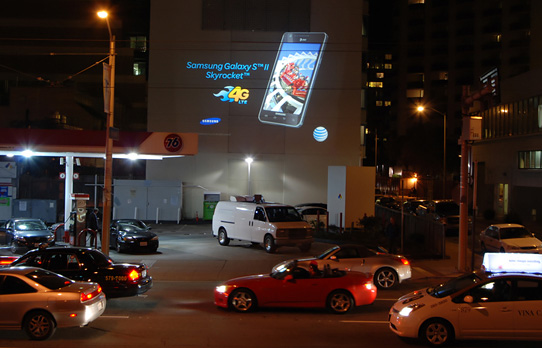 When AT&T wanted to announce their 4G service to key western markets in a truly memorable way, they and their agency turned to EMC for a unique and flexible out of home media solution.

The answer for AT&T was an alternative out-of-home program that consisted of mobile projections which took over the night in high-traffic areas of target cities. Mobile projection is a powerful media that allows advertisers to create larger than life spaces for their brand where none existed before. It also incorporates the power of full motion digital video to create dynamic and engaging displays. This campaign ran for a total of 70 nights in 5 cities. AT&T’s agency was able to sit back and let EMC handle all the details - managing the entire process, creating routings, selecting events and high traffic areas to target.

TACTICS: AT&T used mobile projection to target popular downtown areas at night, when consumers are out socializing and frequently using their mobile device. Mobile projection allowed AT&T to target very specific areas where other out of home media was not available, and to create a dynamic new media space in the market.

RESULTS: This campaign provided a dynamic platform for AT&T to announce their new service and reached over a million* people during the course of the campaign. (* estimated impressions)